After completing my mandatory military service in Israel, I decided to do something a little bit different: for three and a half months, I traced the footsteps of the Second World War.
I landed in Berlin, where I bought a van equipped with a bed, cooking gas, and a mini-fridge, and off I went. I started my journey in France and continued to England, the Netherlands, Belgium, Germany, Austria, the Czech Republic, and Poland. Then I sold the van and continued by train to Lithuania and Russia. During my journey, I visited over 180 war-related sites. Every aspect of the war fascinated me – the battles, the Holocaust, leadership, ideology and technology. I visited well-known sites, like Normandy, Berlin, Warsaw, and Moscow, but also smaller sites that shed light on lesser-known aspects of the war.
This journey was about more than visiting a bunch of sites. Even though I call it “Tracing the Footsteps of World War II,” in reality it’s a journey which traces the memory of the war. On May 8, 1945, the war ended, after which the world started repairing and reconstructing the damage. But no less important, the world started constructing the memory and the larger story which would accompany the next generations. I didn’t get to witness any battles, I only saw cemeteries; I didn’t visit Auschwitz, but rather a museum built on the site of Auschwitz; and today’s Berlin isn’t the Berlin of 1945. The architects of museums, cemeteries, and monuments aren’t only preserving memories, they’re also conveying a message – and the French message is different from the German or the Russian one. In the UK, the dead are mourned, while in Russia, it’s a celebration of victory; the Americans mark the war as a struggle for democracy and in Germany, the horrors of war are emphasized. During my journey, I noticed that the way a memory has been preserved can tell you more about the present than about the past, by showing you what a society chooses to commemorate and what it chooses to forget.
In my lecture, I speak about Berlin and Moscow, war monuments and cemeteries, and the attempt to purify the “Aryan race” through ethnic cleansing of “negative elements” in the population. I also speak about the route from the Dachau concentration camp to the Treblinka death camp, the last days in Hitler’s bunker, and the villages of Oradour-sur-Glane and Steinhoering. The lecture combines history with personal stories and insights gleaned from my journey. 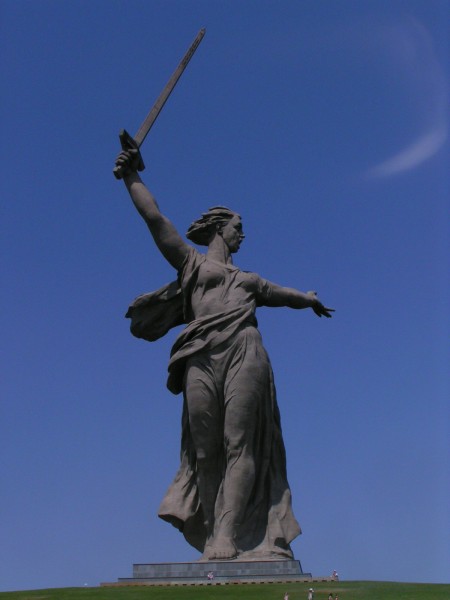 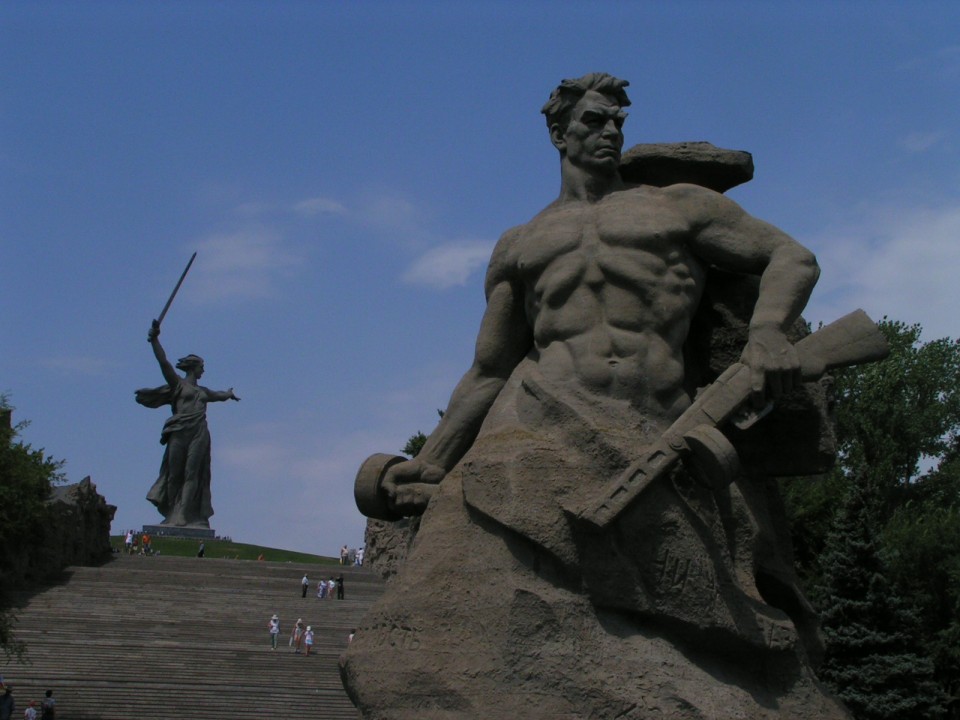 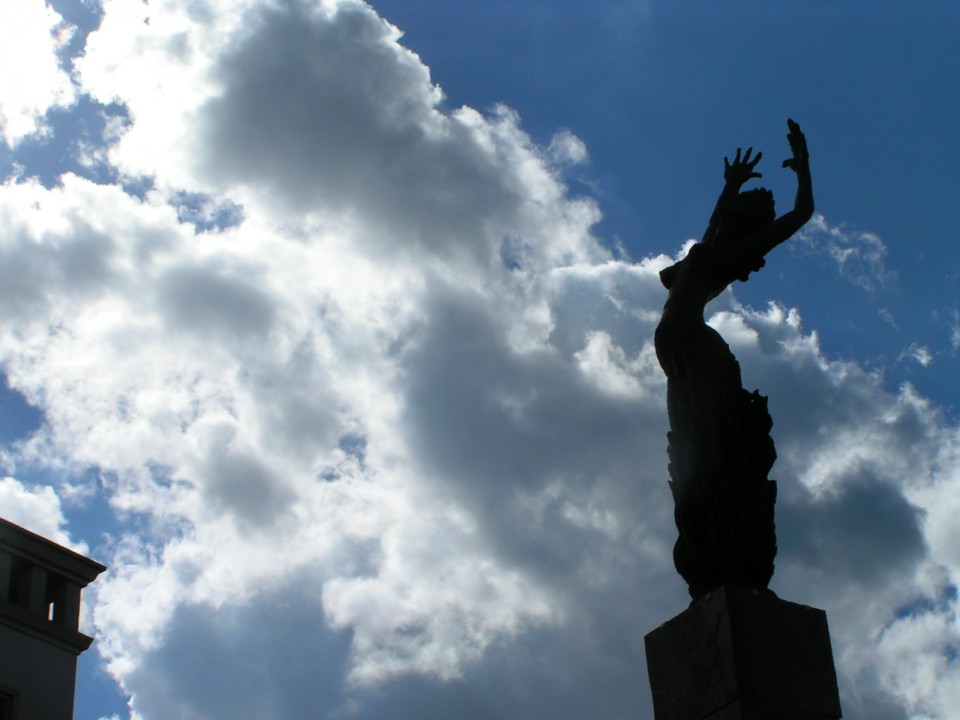 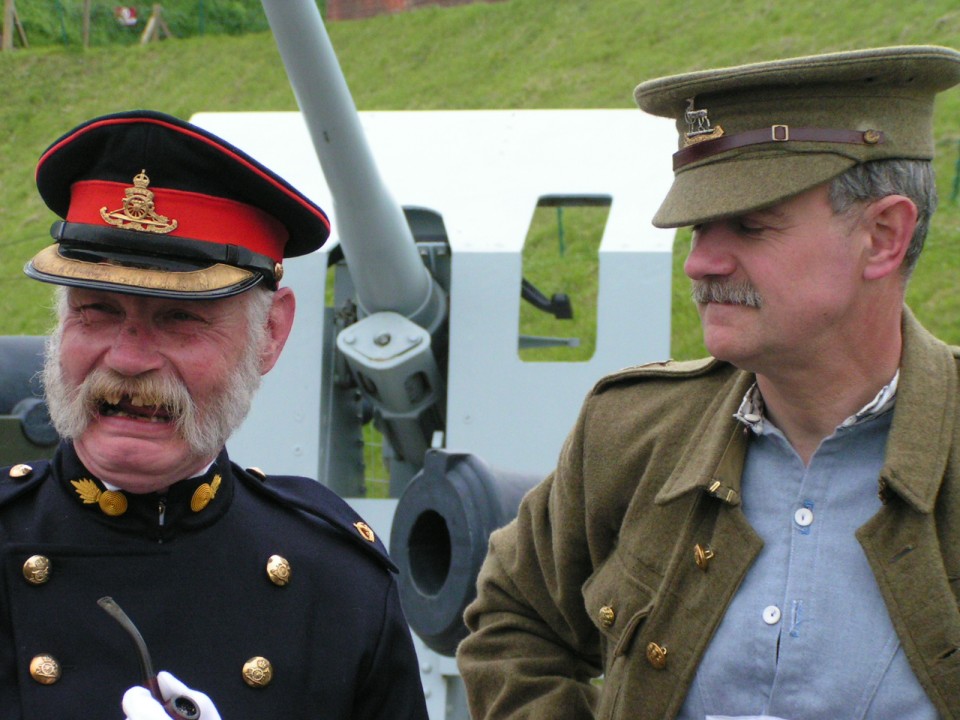 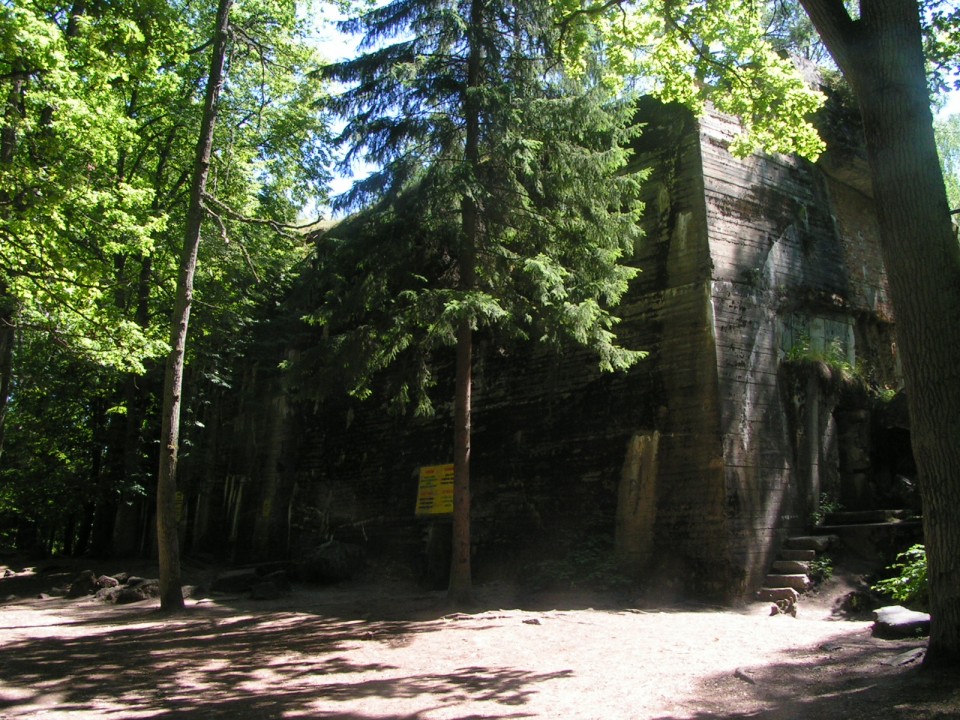 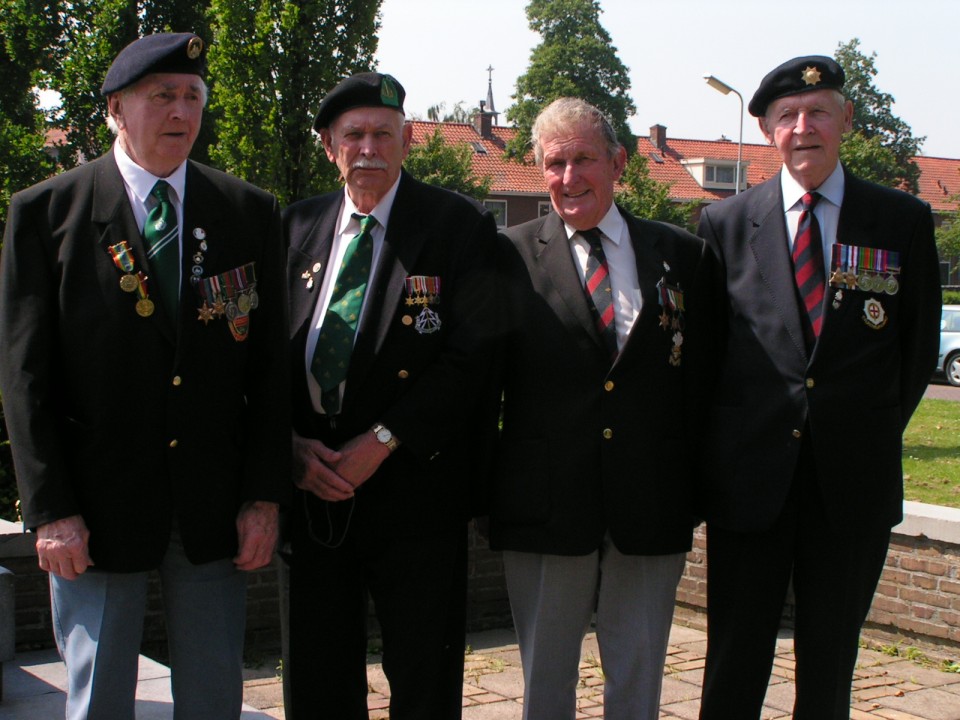 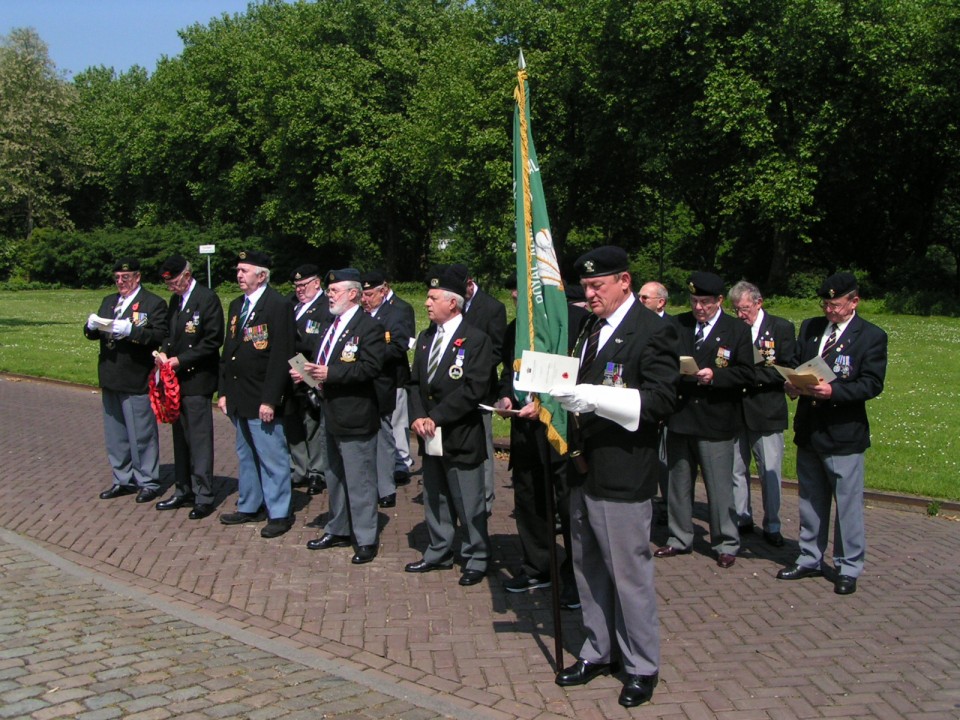 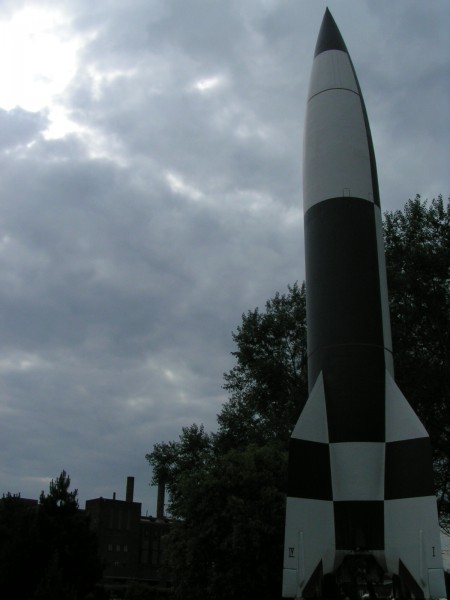 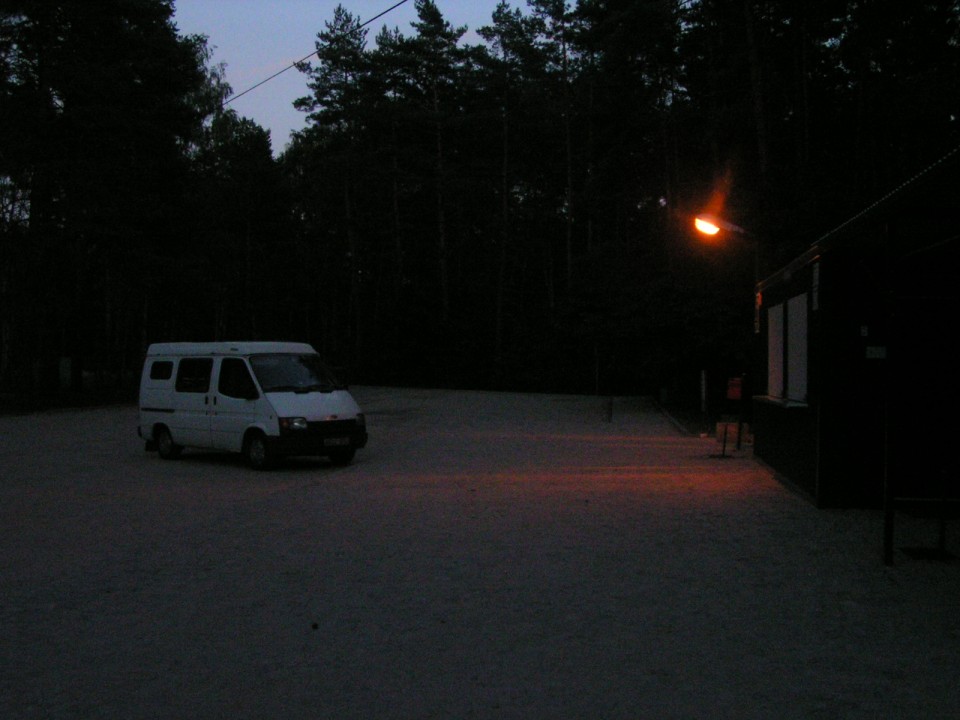 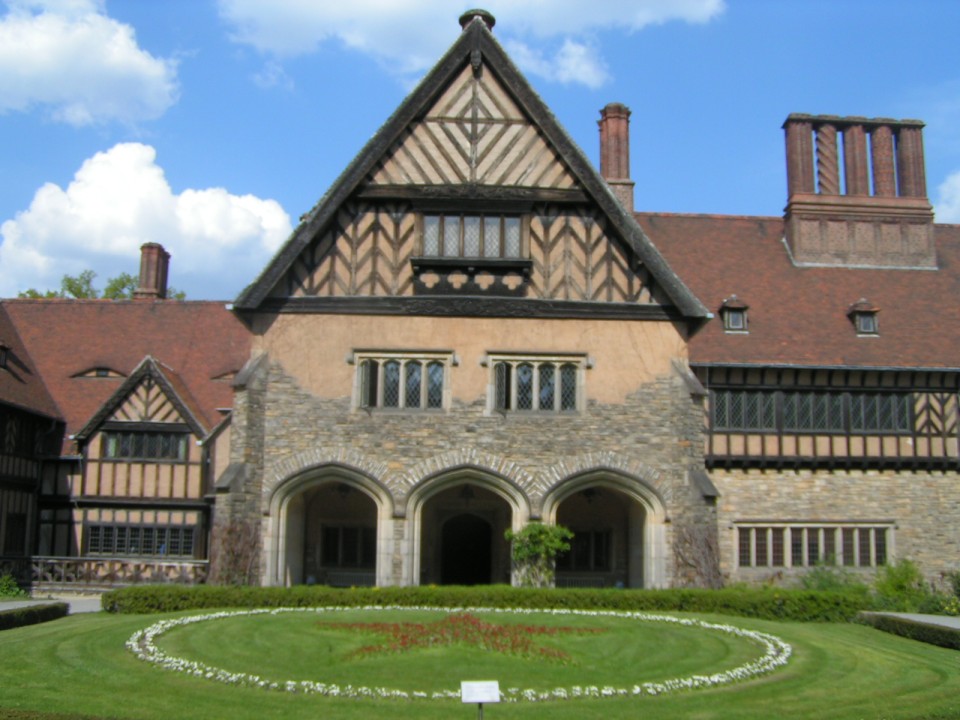 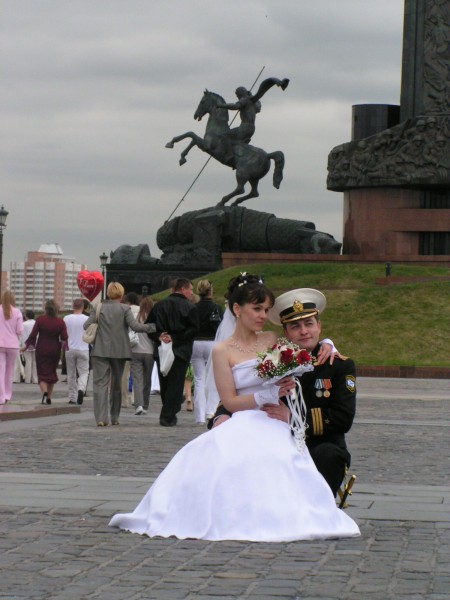 outside the war museum in Moscow 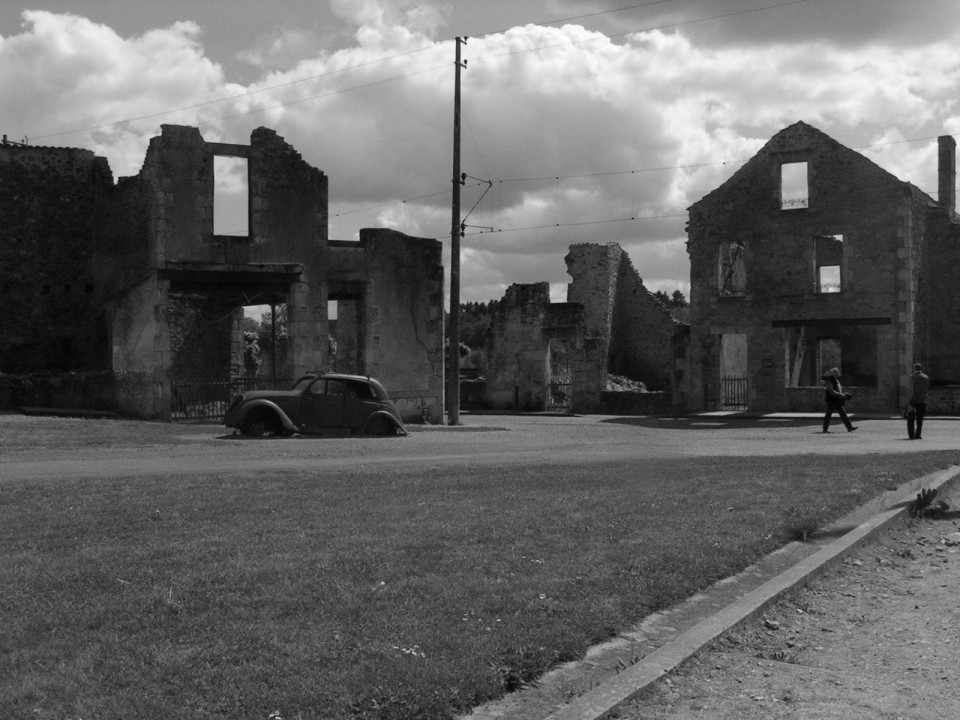 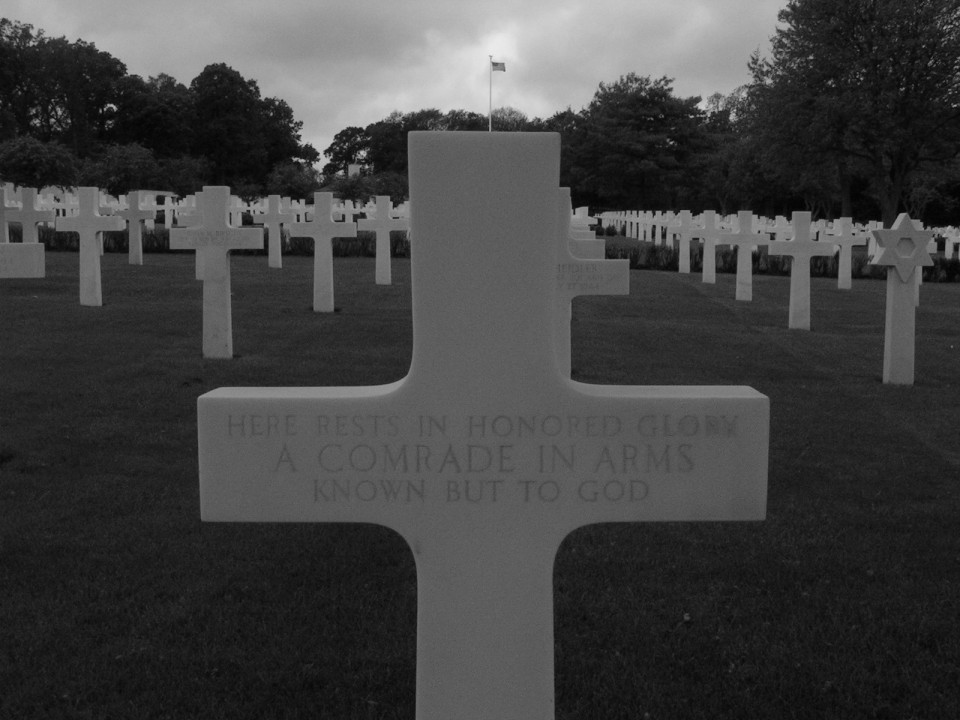 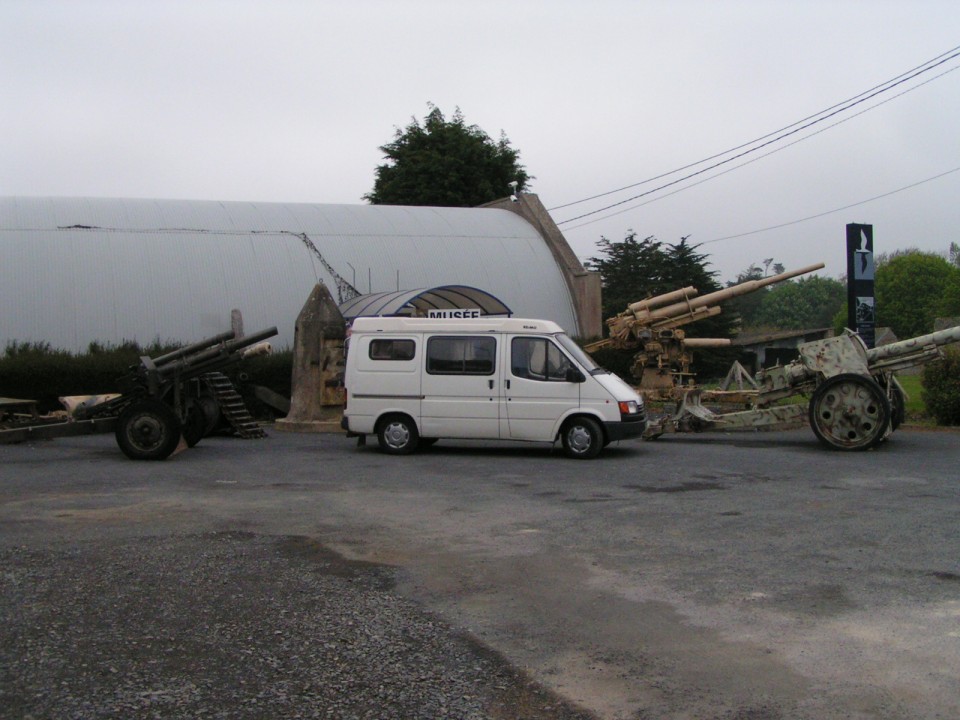 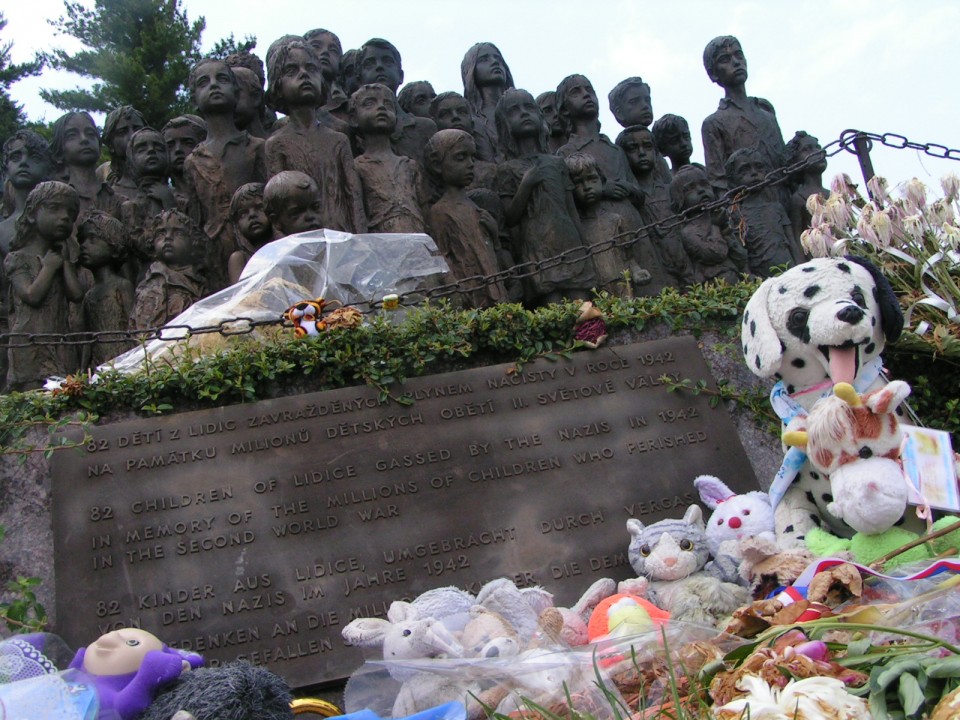 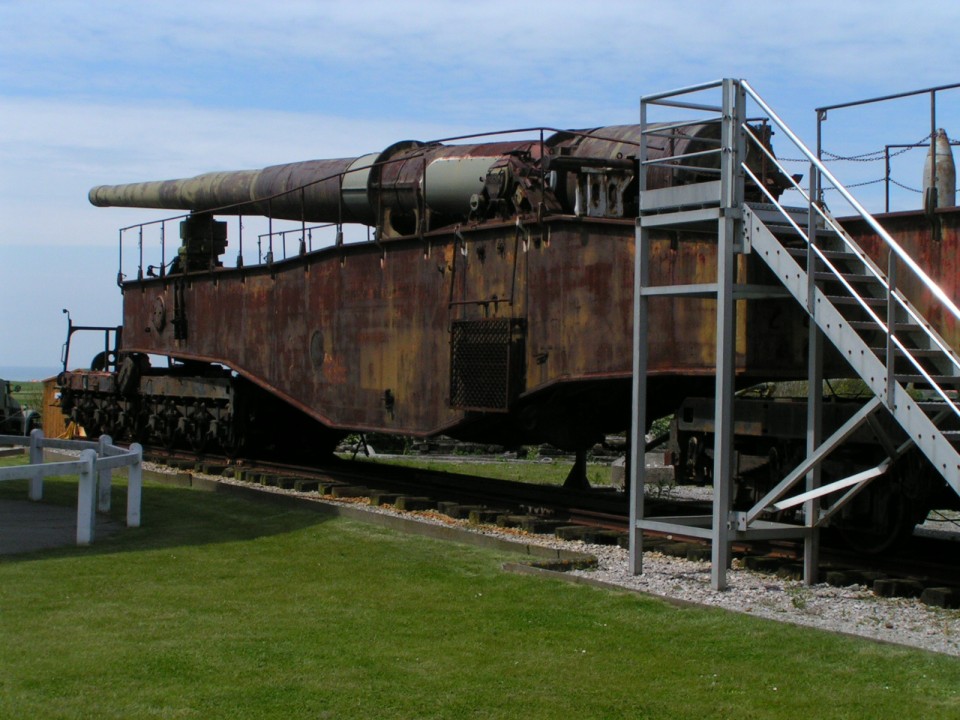 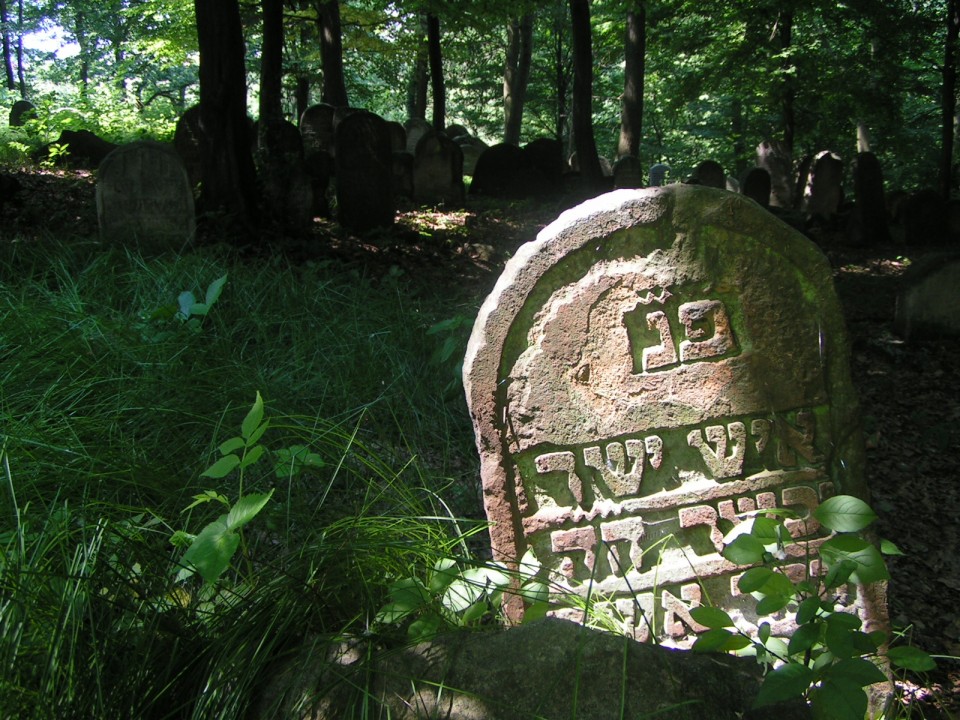 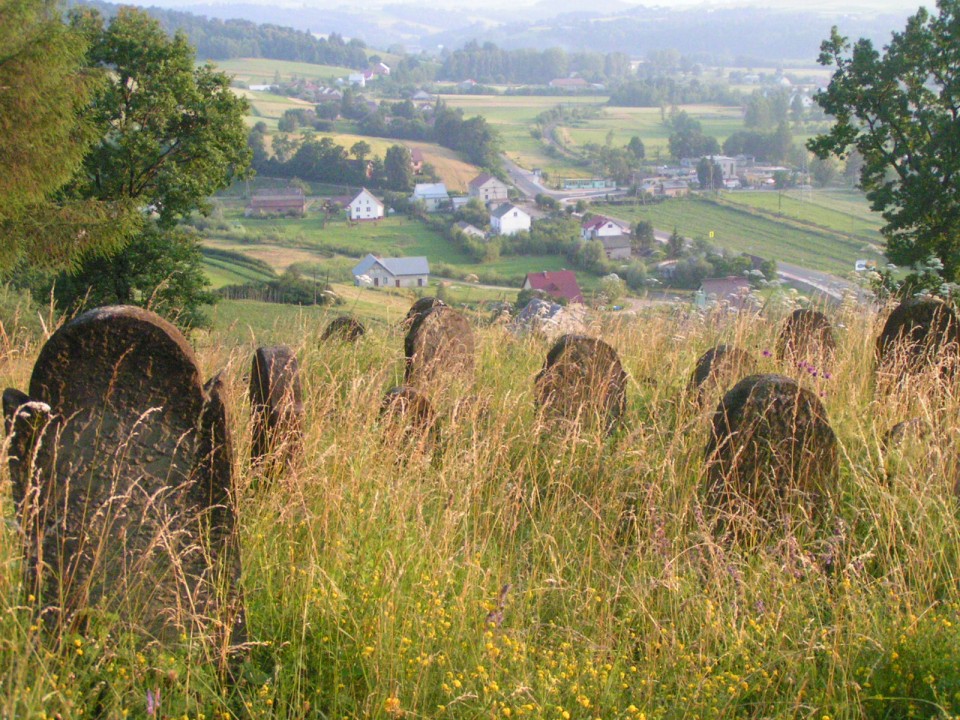 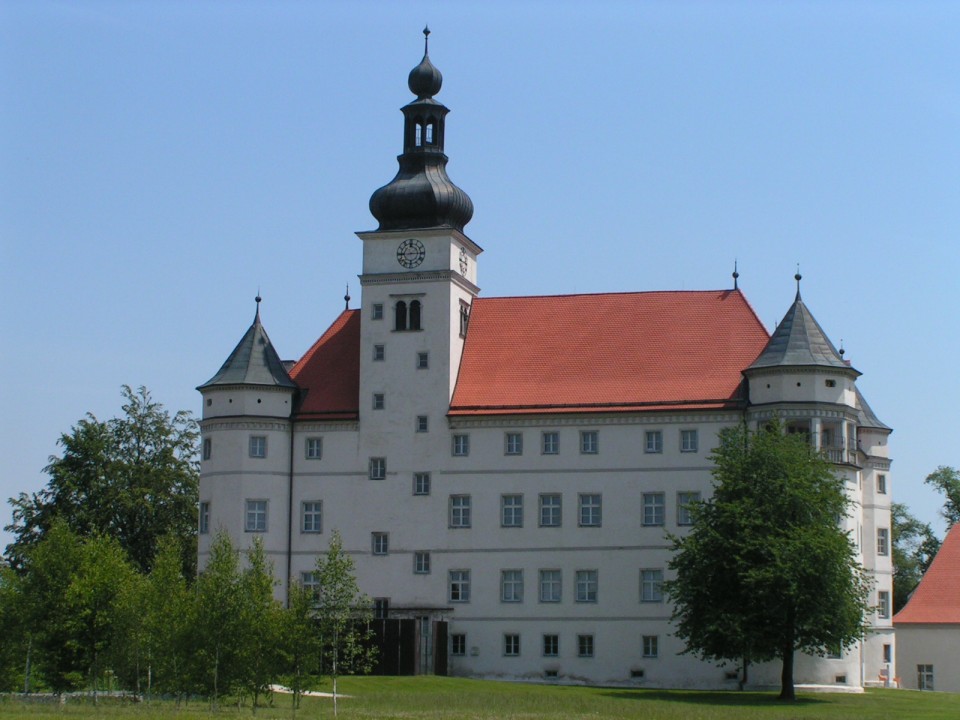 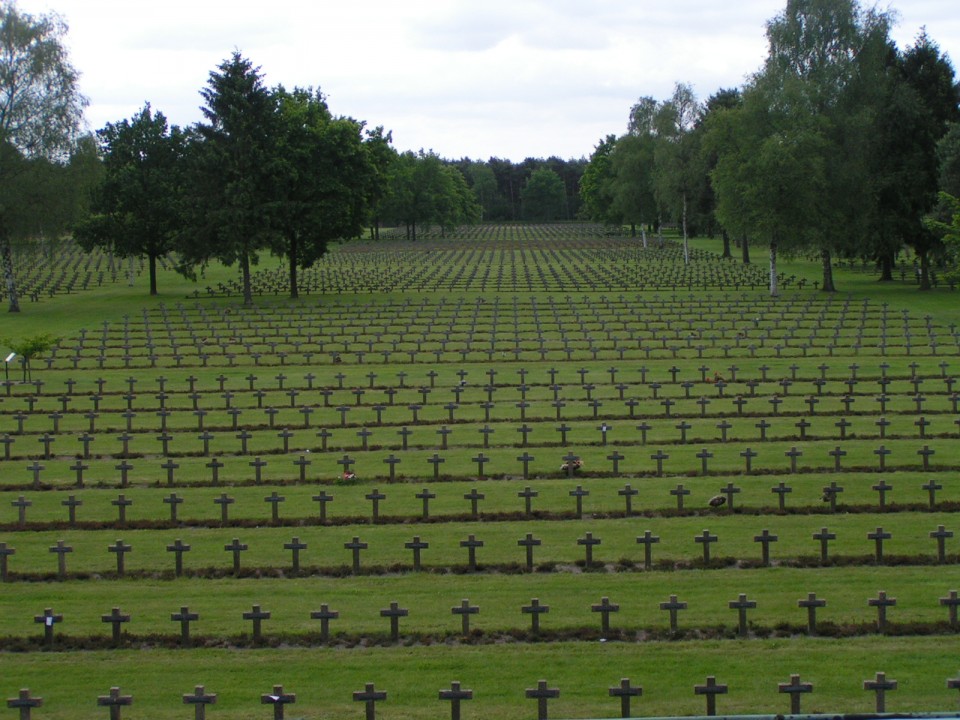 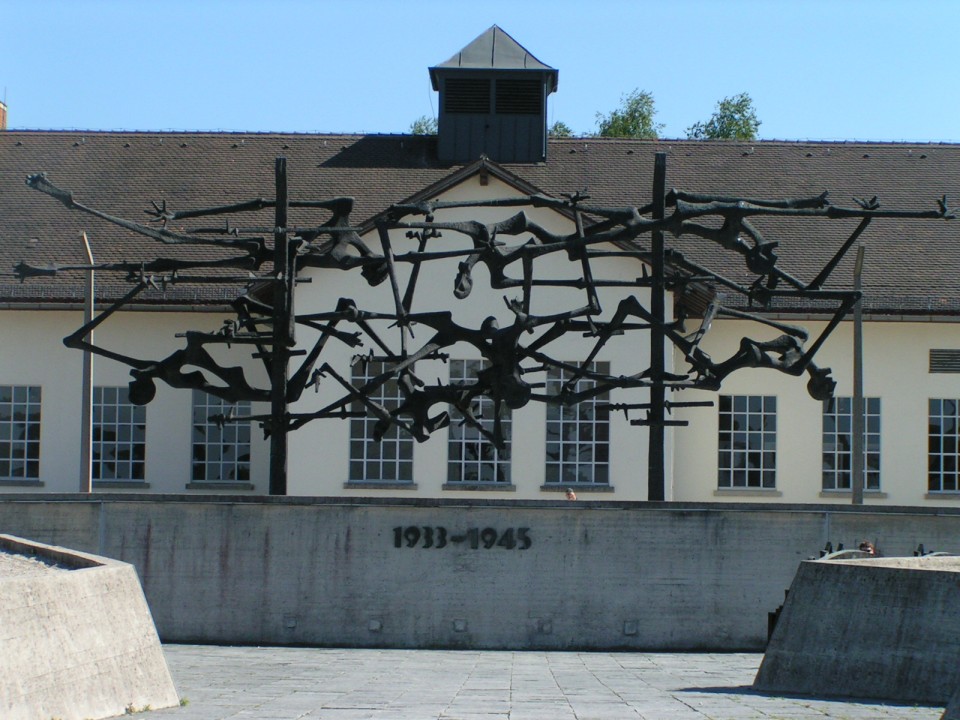 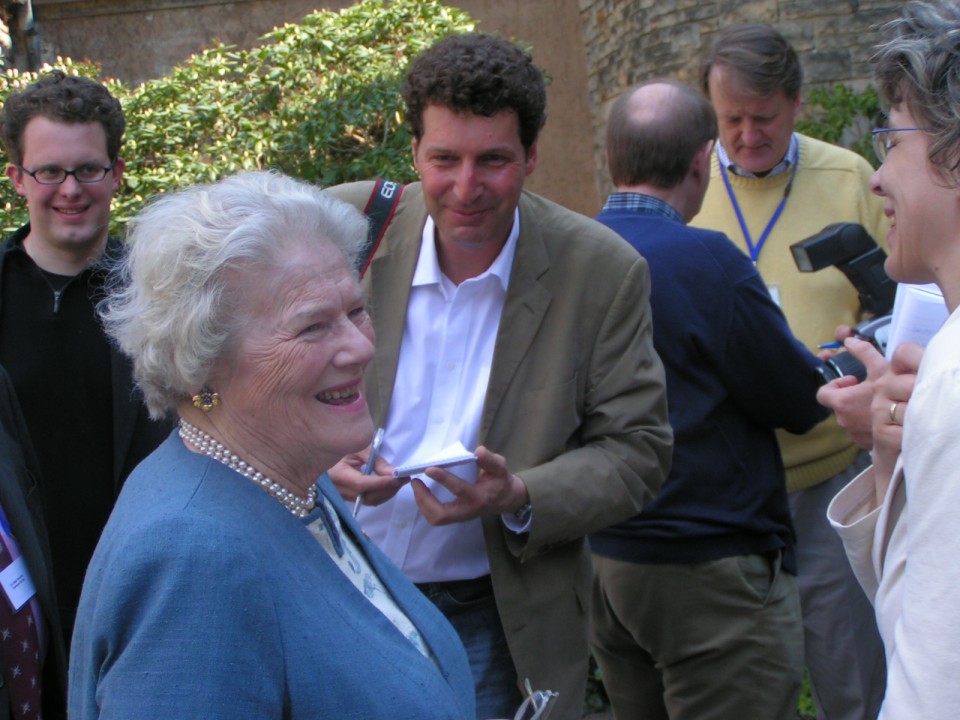 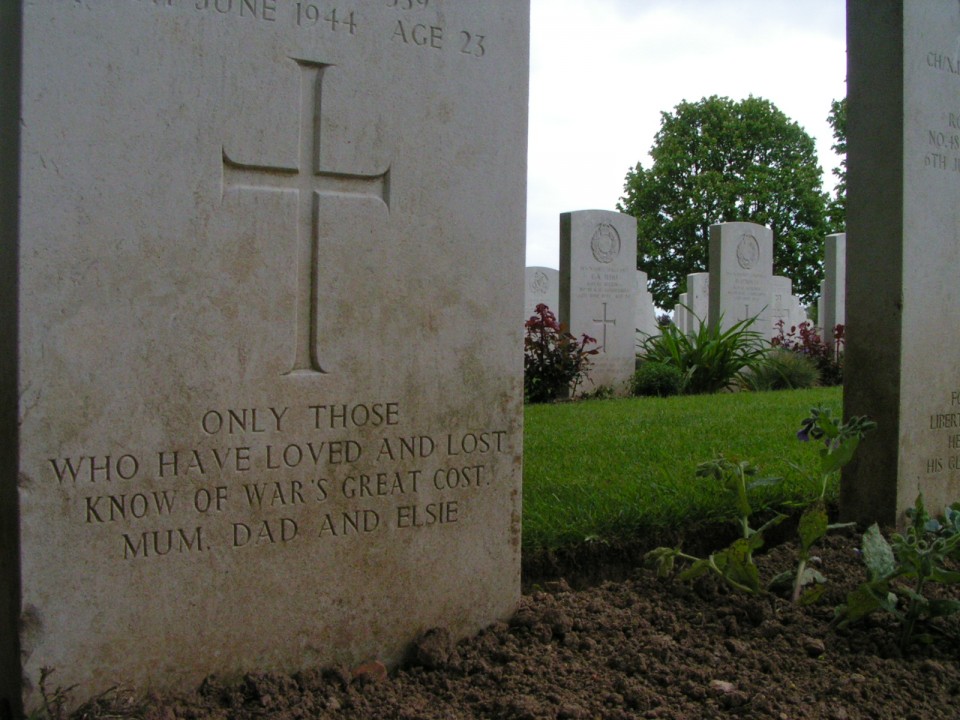 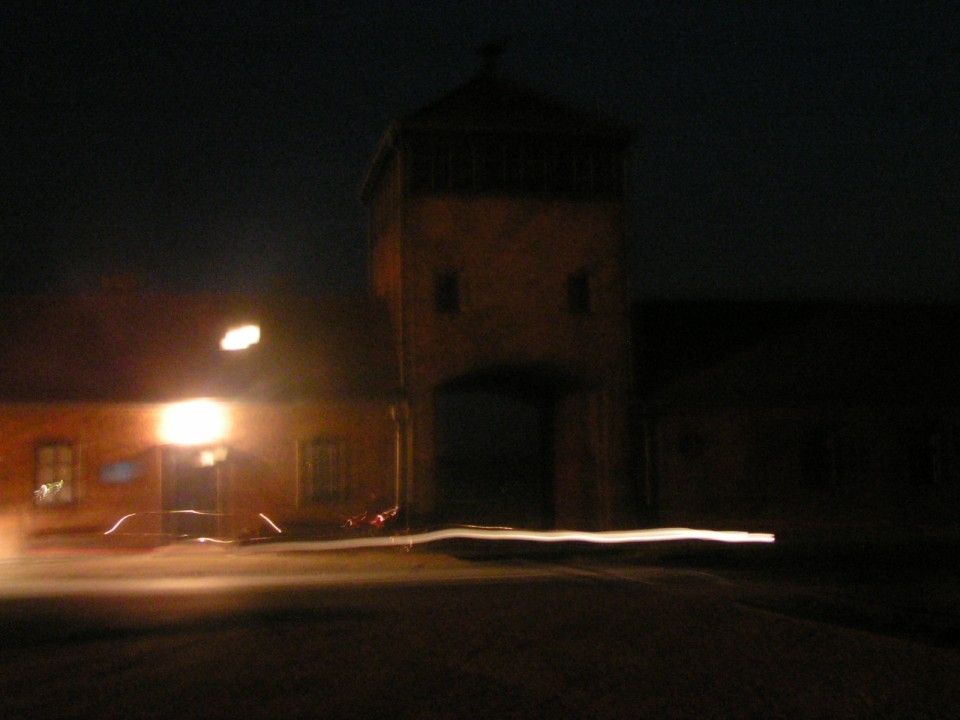 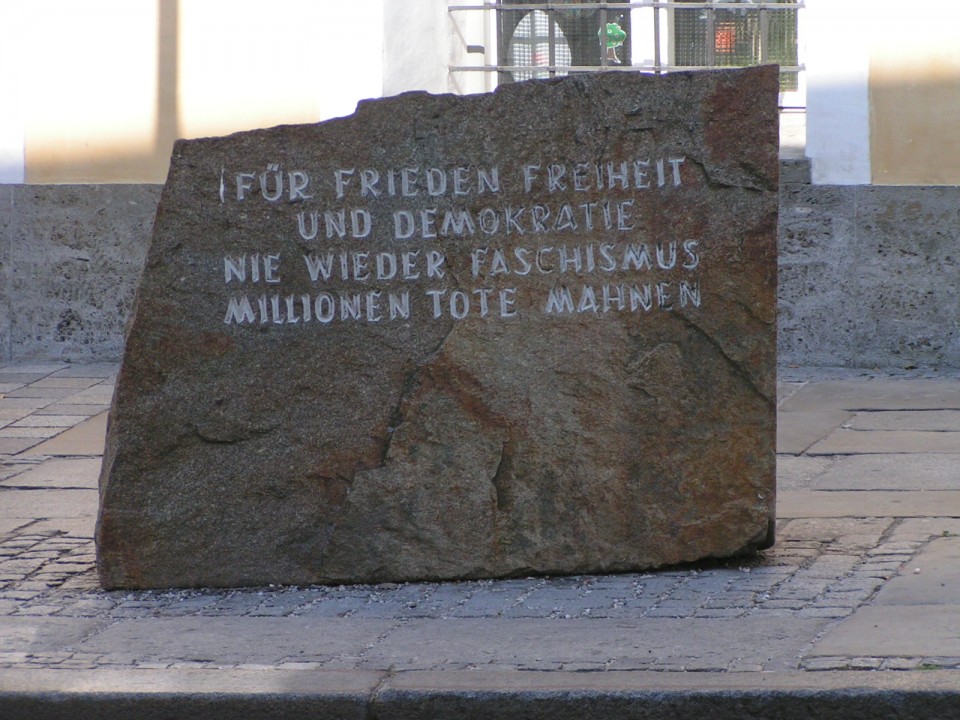 A stone outside the house that Hitler was born